Nineteen days after giving birth to two full fields of puppies, Kip Dynamite took on the role of surrogate mother to her sister Shambi Gem’s nine puppies when she passed away after a caesarean.

With sixteen pups of her own Kip had no problem mothering the extra nine pups fathered by Black Wolf.

“Once Kip was finished with her pups she adopted them like they were her own and fed them until they were on solids.” Owner Breeder Rebecca Watson explained.

It came as a shock when Kip began growing bigger and bigger during her second pregnancy because her first litter sired by Lochinvar Marlow only produced two puppies. Looking for a similar Brett Lee cross through the damlines, Watson chose Cosmic Rumble to sire this extremely large litter.

With four weeks to go Watson thought she had about eight puppies, so when the vet took Kip in for the x-ray and told her she was expecting ten, panic set in.

“I didn’t know what I was going to do with 10 puppies so I started to freak out. The vet also showed me that the last pup was in a strange position and it was more then likely going to get stuck.”

Watson had the caesarean booked over three consecutive days because she didn’t think Kip would make it do her due date, especially when her legs started filling up with fluid.

“I knew she wasn’t right. When I took her to the vet her temperature was up so high that she should have been in labour. I got told to go and get a coffee while Kip had her caesarean.”

After going back to the vet Watson got the news, she now had 16 colourful puppies, black, white, fawn and everything in between.

“I sat down and I just about cried; I didn’t think they would all survive and I knew I would get upset if they died. I kept thinking how is she going to feed them? What am I going to do? The vet taught me how to tube feed them and he assured me that I couldn’t hurt them. I panicked a lot about tube feeding them because it goes right down their stomachs.”

At the time Watson was working 40 plus hours a week, she had to take four days off in a row, which almost resulted in her losing her job.

“I got her home and I couldn’t get her to go near them because she was still dazed from the caesarean, I eventually got her to lay down and they started suckling on her, from then on she knew what she had to do. I had to feed them every two hours for about two weeks, then we changed to four hours. After about three weeks we could get them through the night without getting up to feed them and by this time Kip had plenty of milk.”

“When you get into the rhythm of it and take on the fact that you just have to do it, it happens.”

Despite having sixteen puppies, there was only one runt in the litter, a little white one who was a bit smaller than the others.

“His name is Henry, I had to give him extra feeds because his stomach wouldn’t fill up. He is one of the bigger ones now.”

After going through such an ordeal Watson feels as though she wouldn’t stress about breeding again, all the late nights, broken sleeps and tears has payed off. Now they are just over two months old and are all fit and healthy.

“The chances of her having another litter that big are really slim, but I feel like I can take it on. I have been through the worst of it and they are fine, all perfectly healthy and I didn’t expect to get through it that easy.”

Mothering a total of 25 puppies is more then an amazing achievement. Kip’s glossy black coat and big friendly eyes show little remnants of the past few months. 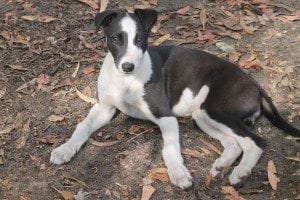 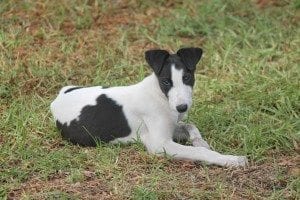 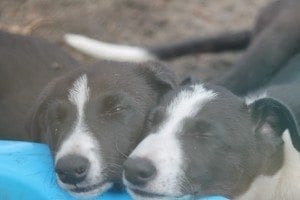 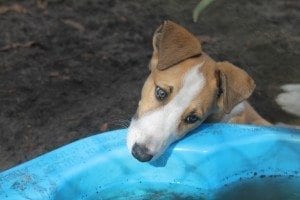 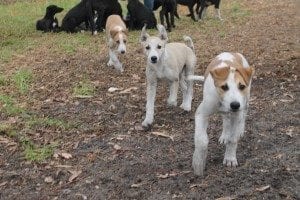 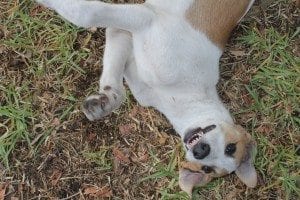 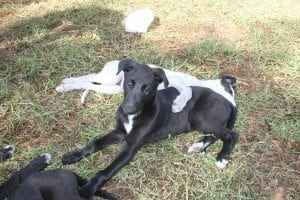 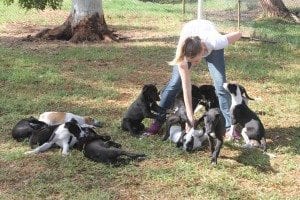 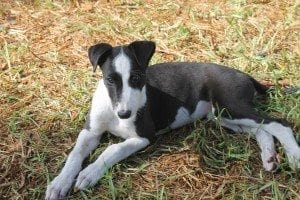